Like many guitarists I know, before I picked up a six-string, I picked up an assortment of other guitar substitutes. Things like a broomstick, a tennis racket or even the good old fashioned air guitar.

I rocked out to my favourite songs, imagining that my fingers were making those killer licks and guitar riffs that made the hairs on the back of my neck stand to attention, all the while filling my ears with sonic pleasure.

Where am I going with this? Well, it seems to me that every beginner guitarist has a similar kind of journey to the one I’ve just described. For many, it’s the fascination of the sexy Gibson and Fender and Rickenbacker type of guitar shapes, with those cool looking bodies and those long necks, as well as those killer paint jobs that draw us in. Or perhaps your attraction is to acoustic guitar?

Either way, most guitarists agree that the desire to learn to play the guitar is a combination of wanting to recreate our favourite songs that we’ve grown up with, as well as being able to express ourselves through the sonic range of six or seven strings. Of course, we also want to experience the excitement and allure of owning a beautiful instrument of our own.

I was no different. Inspired by the likes of Gary Moore, Eric Clapton and Mark Knopfler, I settled on a sexy Fender Stratocaster-shaped guitar that just felt great to hold. It looked good, but I couldn’t play a thing!

It was a candy apple, metallic red Sierra Strat. I think I paid about 200 dollars for it and remember thinking to myself that it was the most beautiful thing that I’d ever seen. I couldn’t wait to get it home to start playing it and my guitar quickly became my new pride and joy.

The first solid bodied guitar created by Les Paul was simply a rectangular block of wood connected to a neck with six steel strings, affectionately referred to as “The Log”. Les Paul’s original solid bodied guitar shape has evolved and been improved on from the rectangular shape to the more rounded figure-8 shape that Gibson guitars are known for today. The Gibson Les Paul guitar was first sold by the Gibson Guitar Corporation in 1952.

Around the same time period, a man called Leo Fender came up with an alternative solid body electric guitar of his own. During the late 1940s, Fender introduced the ‘Broadcaster’ electric guitar, which was later renamed the ‘Stratocaster’. The Stratocaster was officially debuted to the public in 1954. This guitar quickly became nicknamed ‘The Strat’.

Over the years, many companies. including Ibanez, Paul Reed Smith, Yamaha and ESP, etc. have all created solid body electric guitars of their own. The most popular body shapes for electric guitars however, are still based off either a Les Paul or a Strat guitar shape.

Both Leo Fender and Les Paul were excellent innovators and masters at building guitars, but were physically men of shorter than average stature. Where am I going with this? The typical Gibson Les Paul, Fender Stratocaster and Rickenbacker guitar shapes tend to feel like they were designed ergonomically to compliment guitarists that are 6’1″ and under in height. For example, typically a new guitarist that is of average coordination and slender build will find it much easier to naturally develop the correct fretting and playing actions with their fingers. 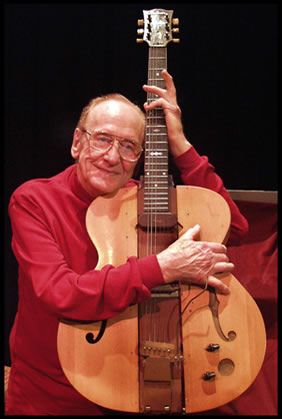 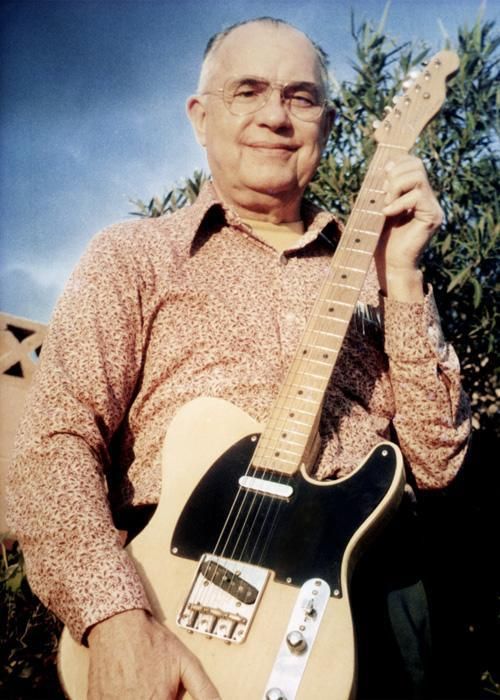 Les Paul with The Log (left) and Leo Fender (right)

The issue with size

Taller guitar players that have longer forearms can initially find themselves at odds and may even feel like they are wrestling with their respective instruments. Electric and acoustic guitars tend to be designed that are 6’1″ and under. Being over 6’2″ in height and having longer forearms myself, I can vividly remember the challenges that I had when trying to find the right ergonomic playing positions to reduce the tension in my wrists, forearms and shoulders, and to provide the physical freedom that I needed in my fingers to begin being able to navigate freely over the guitar neck.

It’s not just taller people that experience initial challenges in forming the correct ergonomic positions to play the guitar effectively. Over the years, I have encountered guitarists with fingers the size of thumbs and as you can imagine, these kinds of students with thicker, shorter, stubbier fingers often express their dismay when not being able to play chords cleanly and don’t initially feel that they have the flexibility to stretch their fingers to play more advanced chord shapes (like barre chords).

The importance of creating correct muscle memories and motion mechanics

The reality is, when you first start playing guitar, from the very first minute that your fingers are being held over the fretboard, the central nervous system in your brain begins to quickly produce calculations which form initial muscle memories that go on to dictate how much tension or flexibility is available to you as a future player.

What I’m saying here is that if you’re new to guitar and you’ve never played before, the very first thing that you should be doing is learning the correct motion mechanics for operating your fingers freely on the guitar. These motion mechanics quickly become the determining factor for the speed of your progress, from transforming stiff fingers to fluid-moving fingers over the fretboard.

The initial muscle memories you form with your first experiences on guitar will either create healthy, efficient movements that will fast track your ability to progress on the guitar, or (if they’re unhealthy) they can literally be acting as a handbrake to experiencing that next level of progress in your playing. Whether you’re a beginner that is three months down your self-learning track, or you’re a more experienced guitarist that has never been able to get your fingers to move freely on the fretboard, the determining factor for how fast you can improve your flexibility, accuracy and fluidity of your playing from this point on is all dependent on creating the correct muscle memories and motion mechanics. This is the key to removing the drag and resistance that most of us feel when picking up the guitar and trying to express ourselves on the instrument.